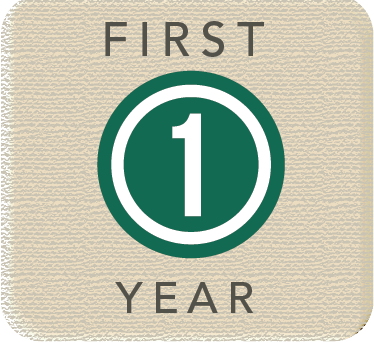 We are often asked about the company tax returns (CT600’s) that are needed during the first year of operating a limited company. This is often due to HMRC writing to a limited company and formally requesting for a company tax return to be filed for two different and separate periods of time. This blog post will explain why and when two returns are required to be prepared and filed with HMRC as well as the implications for the Annual Company Accounts.

The term CT600 is the name of the HMRC form that is used to file a company tax return for the purposes of declaring the corporation tax due on limited company profits.

It is a requirement for all limited companies to file a properly completed for CT600, the computations showing how the figures in the return have been derived from the relevant contents of the company accounts, a copy of the Full Company Accounts.

Since 2011 it has been compulsory for all companies to file the company tax return with HMRC online and this must be completed using the iXBRL computer language. This allows HMRC to receive one file containing the CT600, the corporation tax computations and the company accounts.

When a new company is created this is can be on any day of any month but the filing date of the first set of accounts will be automatically set to end of the month 12 months later. This more often than not results in the first set of Company Accounts spanning more than 12 months in total, if even for only a few days.

A company tax return (CT600) can only be prepared for a maximum of 12 months. This is why two tax returns are required to be submitted to HMRC during the first year of operating a limited company.

In the above example, two Company Tax Returns will be required as follows:

Do I need to complete Two set of Company Accounts?

Overall the same amount of corporation tax will be due.

What about paying the Corporation Tax due?

When paying the corporation tax due for the period it is advisable to pay this as two separate amounts for the two separate periods. You do need your HMRC payslip reference to be able to make these payments. HMRC will post out two letters with a formal request to file a company tax return and you can find the required payslip references at the bottom of these letters. Another option is to complete the full agent authorisation process for corporation tax and then your accountant will be able to access the payslip references via the online HMRC account.

If you make the full payment for both period amounts against one payslip reference only, HMRC are likely to post a cheque refund to your company as they will assume that this in an overpayment. This means that you will need to bank this cheque and then make a further payment to HMRC. Getting the two payments right the first time round will avoid you needing to take this further action.

What happens if I miss one of the company tax returns or file it late?

If you do miss a company tax return or file it late you will receive an initial fine of £100 but this will increase over time depending on how late the return is. HMRC will also charge interest on any overdue corporation tax that remains unpaid.

If you are unsure of your filing obligations or need help from a qualified and affordable accountant then feel free to send an email to info@cheaperaccountant.co.uk